Dutch journalist and US expert Laila Frank and American political media consultant Dan Kully shared their views on the American Presidential Elections with students from the Political Communication track at the University of Amsterdam. A short impression of this webinar in which they expressed their concerns and hope.

Laila Frank is a leading journalist in the case of US politics and spoke to many voters in the past few months during her stay in the US. Dan Kully is a US-based communications specialist and award-winning media consultant with over fifteen years of experience advising high profile candidate and issue campaigns in over 30 states. They joined an Q & A webinar with students from the Political Communication track at the University of Amsterdam, which was hosted by university lecturers Penny Sheets Thibaut, Alessandro Nai and Bert Bakker. A synopsis of this webinar.

A record amount of early voters

A record amount of 29 million people had voted early by 19 October, either in person or by mail, according to the US Election Project. At the same point in the 2016 race, about 6 million votes had been cast. ‘When you look at the unprecedented turnout of early voters this election, you can almost state that we are already at election day’, observes Kully. This high turnout can be linked to fear of Covid19 and wanting to stay away from large crowds on 3 November, but Frank and Kully also see a result of the uncertainty Trump has created about voting-by-mail. 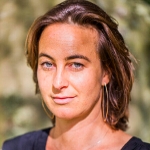 Copyright: Jos Hummelen
Trump voters are really out there, loud and proud. Biden voters are less visible on the ground. Are they the silent majority? Laila Frank

Frank heard many people expressing concerns that their vote would not be counted if they don’t vote in person; this has led to long waiting lines at polling stations, sometimes up to 11 hours. Kully is worried that the inexperience of certain states with voting-by-mail may lead to delays in vote counting, which Trump will likely use to delegitimize the elections.

Trump voters are more visible, but everything seems to point to Biden

When travelling through the US, Frank observed that Trump voters were very visible. ‘They are really out there, loud and proud, with flags and inflatable Trumps in their gardens’. The Biden voters, on the other hand, were much less enthusiastic about their candidate and less visible on the ground. ‘Are they the silent majority?’ she wonders, ‘the polls seem to indicate so’. ‘Everything points to Biden’, agrees Kully, ‘the overall trends and polls, taking flaws into account, point to an average lead of 10 points for Biden.’

People just want to go back to normalcy

Frank and Kully are both strongly convinced that the majority of voters just want to go back to normalcy, and want the US to look different than it looks now. At the same time, they are very concerned about the impact of this unrest on the elections. ‘All the tensions and uncertainty have made people restless’, states Frank. ‘I spoke to Biden voters who said they are willing to buy guns to defend democracy. Only a spark is needed for it to explode and there is a real chance for turmoil and violence during and after the elections.’

When asked to reflect on the current campaign versus the one in 2016, whie the active campaign phase has felt relatively short compared to 2016, Frank notes that Trump actually never stopped campaigning in the last 4 years, minus a small pause because of Covid19. ‘That is something new, we have never seen with another US president.’ 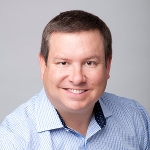 Copyright: Dan Kully
The Clinton campaign looked past the elections and already planned out their new roles in the White House. The Biden campaign has not done any of that. Dan Kully

Kully observes a difference in approach between the Democratic campaigns; this year, the Biden campaign isn’t taking anything for granted. ‘The Clinton campaign looked past the elections and already planned out their new roles in the White House. The Biden campaign has not done any of that: they’re  not counting a single chicken before it hatches.’ In terms of the strategy for the remaining two weeks, Frank and Kully say it’s all about turnout. Campaigns are delivering their final ads, trying to motivate their voters, and making their closing arguments.

Is a peaceful transfer of power possible? ‘That remains a topic of speculation’ states Frank,  ‘but a close or landslide victory will matter’. Frank and Kully are concerned that if it’s close, Trump will not accept his defeat. But even if Trump leaves the White House, Kully warns he will not disappear from the political stage: ‘Trump will remain active in news and social media. He will keep on sowing doubt about democracy and journalists will turn to him.’

Will the American (democratic) system change?

Regardless who wins the presidency, will the elections lead to change? ‘The upside of all the unrest is that it has brought to light the deep inequalities in US society’, states Frank. Voters on the left even told her it was their ‘kind of French revolution moment’. Kully thinks it might be time to admit that the current democratic structure is outdated, but is skeptical if structural change will happen—at least on a constitutional level. ‘My hope is that after election day the language will cool down and the tensions will slow.' In case of a landslide victory for Biden, he believes there will be a reckoning for the Republican Party: they will have to change from what they have become under Trump. Kully hopes the US can shed the negative image formed under Trump, and be an inspirational leader and friend to the world again.

Why are Dutch people so obsessed with the US elections?

Dutch news media report extensively on the US Presidential Elections. Why this ‘obsession’? Frank explains this from our deep historical and cultural connections: ‘The US is our friend and ally since the Second World War and we consume American culture daily. Now we are consuming the elections like we are consuming culture’. But she also warns not to forget that our society and electoral system are very different from the US. ‘We indulge Trump too much, instead we should focus more on the voters’.

Trump’s personality might have become too much for strong Republicans
Alessandro Nai of the University of Amsterdam and Jürgen Maier of the University of Koblenz-Landau analysed how voters perceived the personality of the president over time, and find that (strong) Republicans have developed an increasingly more negative perception over the last 18 months. Read more about this study

The UvA website uses cookies and similar technologies to ensure the basic functionality of the site and for statistical and optimisation purposes. It also uses cookies to display content such as YouTube videos and for marketing purposes. This last category consists of tracking cookies: these make it possible for your online behaviour to be tracked. You consent to this by clicking on Accept. Also read our Privacy statement

Cookies that make it possible to track visitors and show them personalised adverts. These are used by third-party advertisers to gather data about online behaviour. To watch Youtube videos you need to enable this category.