While most attention seems to go to Trump’s behaviour and Covid19’s role in the US Elections 2020, we want to turn our attention to the role of race and gender. With communication scientist Penny Sheets Thibaut, we looked specifically at their role in news coverage and puzzled over why Kamala Harris appears so rarely in mainstream news these days.

The US elections come at a time when race and gender are central to the discourse. The murder of George Floyd boosted the Black Lives Matter movement worldwide and brought racial justice firmly on the political agenda and into the campaigns. Riding on the wave of the #MeToo movement and the call for more women in power, Biden promised to choose a woman as his running mate, eventually choosing Senator Kamala Harris, while Donald Trump's nomination of Amy Coney Barrett for the Supreme Court could also be seen as a his own promotion of women in politics. And what to think of Trump’s desperate tries to seek the support of suburban white women? Race and gender matter in these elections.

Penny Sheets Thibaut from the Department of Communication Science at the University of Amsterdam, originally from the U.S., studies and teaches about the role group identities—including race and gender—play in elections, examining not only how race and gender feature in news coverage, but also how these portrayals affect voters.

In bi-racial electoral contests, media will focus disproportionately on the race of the non-White candidate

‘Our basic knowledge on the role of race in elections, based on content analysis research, is that when we take a simplified view on race, so a Black man running in an election against a White man, news coverage of the Black candidate is more likely to focus on race,’ explains Sheets Thibaut. This coverage will concern both his personal background—think of the extensive news coverage of Obama's religious preference and birthplace during and after his 2008 campaign—as well as the policies this candidate is expected to support because of his racial background, like affirmative action. ‘In news coverage of non-White candidates—especially in the historic case of Obama—racial identity is constantly primed, which emphasizes subconsciously the fact that the candidate and majority White voters do not share a common ingroup identity: you either belong to the same group as the candidate or not’, continues Sheets Thibaut.

Typically the coverage of a Black male candidate will also be more negative, either in the tone of the stories themselves or the issues they address. ‘What this means for voters is that even when voters are doing their best not to be racist, or act on racist stereotypes that are pervasive in American culture, subconscious racial thinking might be triggered by such negative news coverage’, warns Sheets Thibaut.

Did Obama’s election change any of that?

‘Yes and no,’ says Sheets Thibaut. ‘On the one hand, the issue of racial diversity—including at the presidential level—is less of a novelty in politics now, which means journalists should devote less attention to it.  We are also at this moment in 2020 where, at least in the Democratic Party, many voters are demanding a more diverse slate of candidates.  While we wound up with two old White men, it’s encouraging to see that there was a lot of support for Harris as VP, and relatively short-lived discussion of her race when she was picked.’ 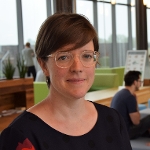 ‘On the other hand, there seems to have been a very strong backlash to Obama’s tenure, and we see both anecdotally and in experimental studies that voters who hold more ‘racially conservative’ views are more likely to respond to racist language in politics and to act on racist attitudes when voting.’ Sheets Thibaut explains that before Obama, political strategists who wanted to play on racial attitudes had to use relatively subtle racial cues—like invoking ‘inner city’ neighbourhoods—to cue race without seeming overtly racist and thus causing a backlash among voters. ‘The latest scholarship is showing that these voters are now voting without trying to hide their racist views, which often means voting against candidates of colour,’ she adds.

Thus, the landscape has changed.  Taking an example from this election, Sheets Thibaut discusses that ‘Trump’s emphasis on how the “suburbs will be destroyed” would normally be considered a relatively subtle racial cue—suburbs is code for “White”—but given who Trump is and how he talks about race in general, the subtlety gives way to more overt racism.  And unfortunately, a lot of his supporters respond to this racist fear-mongering.’

Women can not be too tough, nor be too feminine

When looking at the role of gender in news coverage and framing of candidates, Sheets Thibaut explains there scholars have long discussed a ‘double bind.’ ‘Politics are considered to be a very masculine space in the United States, in which women cannot be too feminine and therefore need to be tough, but not so tough they are no longer feminine.’ Hillary Clinton is a striking example of a female politician who was generally seen as too tough and coming across as ‘robotic’, except for the rare moments she showed emotion and was then portrayed as weak and overly emotional.

This double bind works differently for women from different parties, however, notes Sheets Thibaut, since toughness is typically framed as a Republican trait, while caring and nurturing are more seen as Democratic ones. ‘Sarah Palin, the Republican running mate in 2008, referred to herself as “Mama Grizzly”, blending her feminine and masculine qualities and capabilities, as she explained herself. This ended up being a very successful fusion of toughness and femininity for a Republican woman. Nancy Pelosi, Democrat and Speaker of the United States House of Representatives, is often presented as caring (grand)mother by showing pictures of her with her family, but wouldn’t probably be perceived as credible if she also presented herself as very tough.’

The intersection of gender and race?

The situation becomes much more complex—and unique—when multiple identities intersect. ‘We understand that the constraints on Black candidates and on female candidates do not equally sum up to the constraints on Black female candidates. Instead, Black women face a unique set of challenges in seeking office and in being covered positively in the news. They have to contend with the historic and offensive stereotype of the “angry Black woman,” which means a Black woman can’t play up her tough side in politics in the same way that a White woman can.’

‘We saw a lot of scrutiny of Kamala Harris after the vice presidential debate: was she “smirking” too much at Mike Pence?  Was she condescending when she said “I’m speaking”? She certainly couldn’t have yelled or had any angry outbursts against Pence, in the way Trump or Biden can toward each other.  While we would also have seen gendered critiques of a white woman in the same position, the specific critiques of Harris were related to this constraint of if she was too angry (or correctly angry) in a way unique to her situation,’ explains Sheets Thibaut.

Then again, maybe Kamala Harris is not controversial enough

Kamala Harris is the first woman of color to be nominated for Vice President by a major party in U.S. history. With Biden nearly 78 years old, were they to win, she would also potentially be the first US female president and female president of color. Despite this unique historic event, news coverage of Harris seems to be relatively quiet.  ’Although usually there is not too much news coverage on the Vice Presidential candidates, the media silence around Harris has surprised me’, says Sheets Thibaut. ‘She has been critiqued for not giving many press conferences or talking that often with her press pool, so it’s possible it’s a deliberate strategy,’ says Sheets Thibaut. ‘It’s possible that they don’t want Harris to get too much attention, in order not to feed the Republican argument that an “old and weak” Biden is riding a bus driven by more “radical” Democrats.  But it could also be a good sign that there is not so much news about Harris in mainstream media: perhaps she is not considered as controversial enough.’

Faculty of Social and Behavioural Sciences

Further reading on the US Elections 2020

The UvA website uses cookies and similar technologies to ensure the basic functionality of the site and for statistical and optimisation purposes. It also uses cookies to display content such as YouTube videos and for marketing purposes. This last category consists of tracking cookies: these make it possible for your online behaviour to be tracked. You consent to this by clicking on Accept. Also read our Privacy statement

Cookies that make it possible to track visitors and show them personalised adverts. These are used by third-party advertisers to gather data about online behaviour. To watch Youtube videos you need to enable this category.